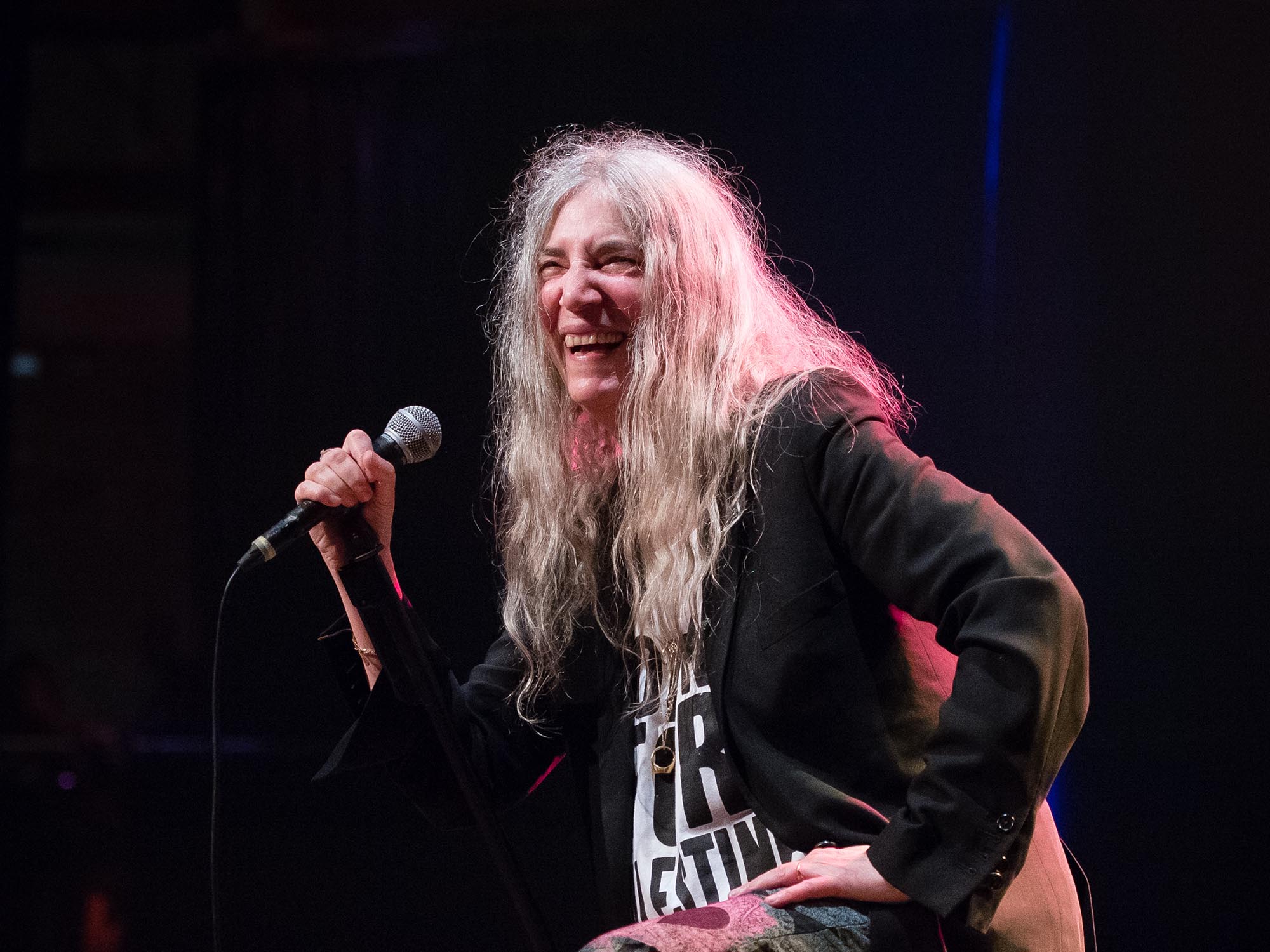 Every year for the better part of the past two decades, Patti Smith has spent her birthday, December 30th, celebrating with an intimate live show in what has become a rich and joyful tradition for the punk rock progenitor. While the ongoing coronavirus pandemic has upended any chance for a more typical version of such a show to proceed, Smith and her band are keeping the tradition alive as they prepare for a pay-per-view livestream, one of the first Smith has done in her nearly 50-year career.

Airing on Veeps – the livestreaming platform founded by Good Charlotte’s Joel and Benji Madden – on December 30th at 9 p.m. EST, Smith hopes the $10 show will be a temporary reprieve from an exhausting year, and it’ll be the first opportunity for her to play with her full band since her tour was cut short in March. “I was very unprepared for the pandemic; my blood was set for motion,” she says. “I had a world tour, and I was set for public life and then had to go into a more solitary state.”

In the meantime, Smith says she’s been actively writing music every day, although that process has also changed amid the lockdown. “I like to write when I’m in motion. I’m a real traveler. I rarely stay in one place very long,” she says. “So to be in one place for eight months at a time is something I haven’t done really since my children have grown. And so my world has become even more internalized than usual.”

Smith isn’t taking the lavish, multi-million dollar production approach that some major artists like Dua Lipa or Kiss have employed. It’ll just be Smith and her band performing live in the studio. Her longtime friend Steven Sebring, who directed the 2008 documentary film Patti Smith: Dream of Life, will be filming the show with a few cameras.

While Smith says attempting to recreate the feel of a live, in-person show isn’t the way to go for her livestreams, she wants to air a similarly connected experience for her audience.

“We’re not going to try and make an approximation of a concert,” she says. “I just want to do a good job. It’s really that simple. Doing it with the band, we have half a century of camaraderie. We’re all people who care about each other. I’m not going into a stream thinking about the absence of the people; I would go into a stream thinking that we’re all with each other. It’s not like I’m like a rock star and they’re like fans. We’re all people looking to have a transcendent experience to feel good, hopeful and energized. I know that’s somewhat of a challenge, but we’ll certainly do it the best we can. When people have to pay, whether that’s $2 or $10, you have a job to give whatever you have to give to the people giving you their time and resources.”

To ensure she and the band are staying safe, everyone is getting Covid-tested leading up to the show. Her son Jackson, the band’s guitarist, is driving from Michigan for the show.

Smith’s bassist Tony Shannahan first gave Smith the idea to stream, with Smith livestreaming for the first time on Black Friday. Veeps declined to say how many tickets she sold for that first livestream, but Smith said the show did well and exceeded expectations, which inspired the follow-up show. Veeps has aired over 1,000 livestreams in 2020, the company says.

“There are few artists as iconic, or that have toured as extensively, as Patti Smith. And while her birthday show can’t happen in-person this year, this livestream show will allow her fans all around the world to join in and celebrate,” Veeps cofounder Joel Madden said. “It’s shows like Patti’s that have given music fans something to look forward to during such a challenging year, and we’re honored to have her perform on Veeps.”

Smith says she’d rather perform live but hasn’t ruled out airing more livestreams while traditional concerts aren’t an option. In the meantime, the livestream will suffice.

“I feel a little emotional talking about this,” she says with a slight break in her voice, apologizing as if she’s forgotten she’s one of the most influential figures in the history of punk. “But all of a sudden I realize I’m going to see all my people again; see my son. Even though I’m not going to see the people watching us, I know them. I know their energy and what they bring for me during a concert. They bring me so much energy; let’s all be there for each other so I can have a happy birthday.”

BTS’s Be Has A Song For Every Mood 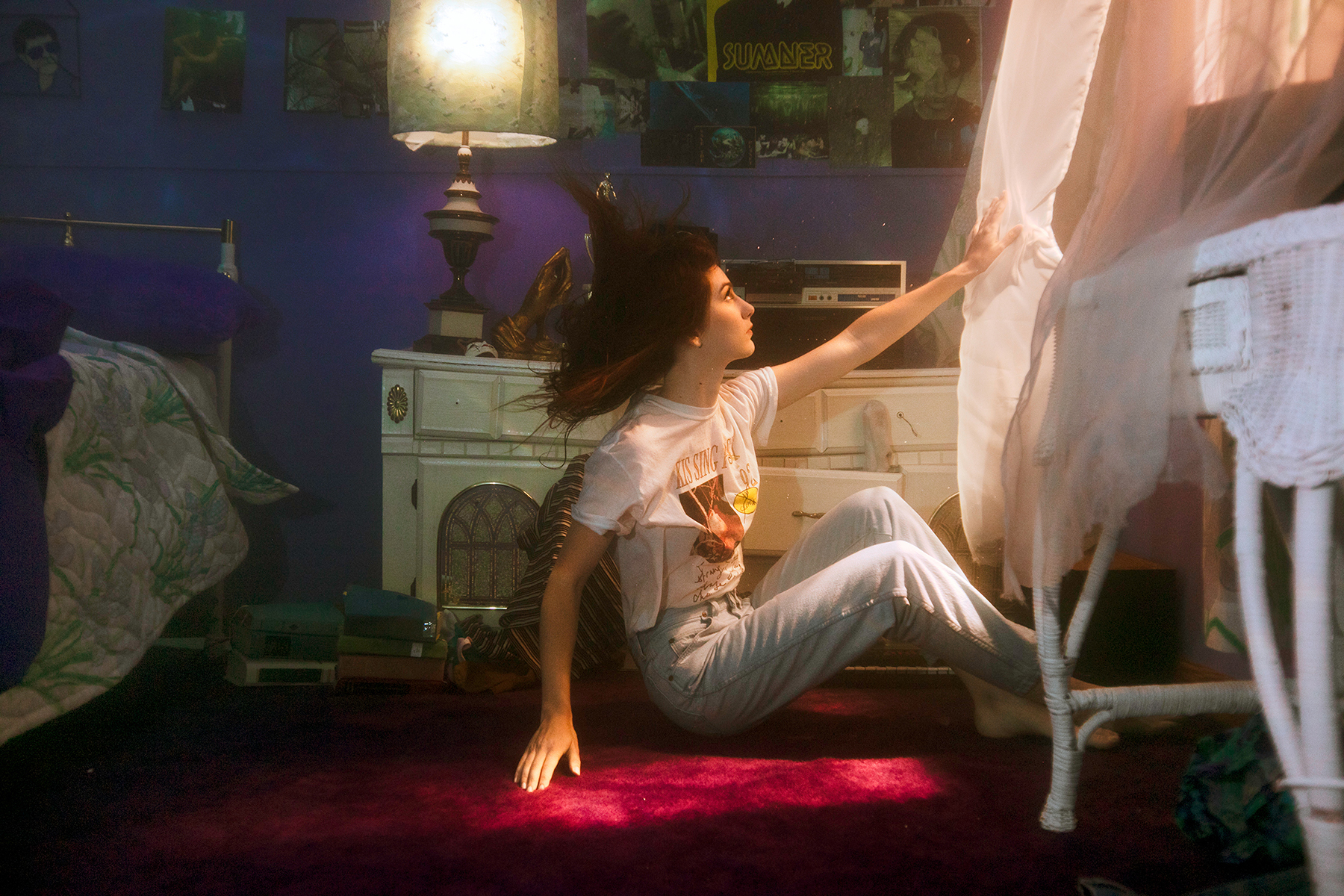